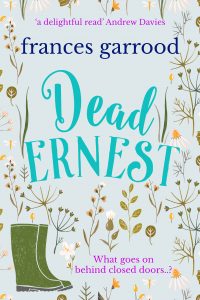 “What about beloved? Something liked that?” Billy asked, scrutinising Annie’s crabbed handwriting.
“Beloved? Beloved what?”
“You know. Beloved husband, much-loved father. That sort of thing.”
“Did you love your father, Billy?”
“Of course. Well, I suppose so. Yes, of course I did.”
“Well then. We can put much-loved father.”
“And husband? What about husband?”
“No,” said Annie. “Not beloved husband. Not any sort of husband.”
“But Mum!” Billy looked hurt, as though even now he were taking his father’s part. “You must. What will people think?”
“It doesn’t matter what people think,” said Annie firmly. “I know.”

Get it now from Amazon. 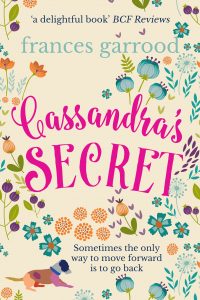 The party was a success. All my mother’s parties were successes, as she didn’t hesitate to remind me. It seemed as though everyone I had ever known was packed into our house, eating and drinking and laughing, some of them smoking strange-smelling cigarettes, others making uninvited use of the bedrooms to further their new-found friendships.

Richard had brought his ukulele; Greta sang along to an old gramophone record, accompanied by Mum on the ironing board; someone I had never seen before had brought bagpipes; The Dog sat in the cupboard under the stairs and howled. The noise was indescribable.

I found Lucas sitting on the stairs drinking a pale liquid out of a bottle.

“Vodka,” he explained briefly. “Want some?”
I nodded, and took the bottle from him.
“It doesn’t taste of anything,” I objected.
“It doesn’t have to,” Lucas grinned. “Have some more.”

I had some more, and soon discovered that Lucas was right. It didn’t matter in the least what vodka tasted like; it was the effect that mattered. Very soon I was singing along to the nearest instrument (the bagpipes, as it happened; not an easy instrument to sing along to, but as I discovered, I simply had to open my mouth and the vodka did the rest).

At half past eleven, the neighbours started to bang on the door and talk about disturbed sleep and work in the morning. Mum smiled and apologised and invited them all in, and some of them even went home to fetch more bottles to replenish our diminishing stocks.

“Just think,” I said to Lucas, as we walked unsteadily towards the kitchen in search of more food. “Any of these people could be our fathers.”

Get it now from Amazon. 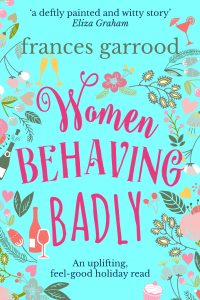 Gabs looked at her watch, and then at the half-naked man who was crawling round the room on his hands and knees, barking like a dog.

“I’m afraid our time’s nearly up,” she told him.
The dog stopped barking and looked up at her mournfully.
“Just five more minutes?” he asked.
“No. I’m sorry. You’ve got to get dressed, and so have I.” She put down her whip and began easing herself out of her gymslip and tie. “And I have an appointment.”
“Another—client?” He sounded jealous. It was odd how so many of them were jealous, when they knew very well what the deal was.
“No, not another client. I’ve got a meeting this evening, and I don’t want to be late.”
“You don’t look like the sort of person who goes to meetings.”
“There’s a lot of things I don’t look like,” said Gabs, undoing her pigtails and pulling her hair back into a ponytail.
“There’s a lot you don’t know about me.”
“But I’d like to. Really I would. I’d love to—to get to know you better.”
“No. Sorry. It’s not in the Terms.”
“Well, then, just one little kiss? Just a tiny one?”
“That’s not in the Terms, either. You know that, Gerald. No kissing. No blow jobs.”
“Oh, I’d never ask for—for one of those.” He looked shocked.
“Well, that’s okay, then.”
“Next week?” Gerald stumbled to his feet and shook himself (he really did look just like a dog).
“Shall I see you next week?”
“Next week,” Gabs agreed.
“Same place?”
“Sure. You’re paying.” 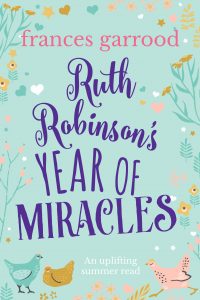 My Uncle Eric is telephoning the zoo to ask how many Thompson’s gazelles a lion can eat in a fortnight.
Uncle Silas is stuffing a weasel on the kitchen table by candlelight (we have a power cut).
A respectful knock at the front door heralds the arrival of yet another minibus full of pilgrims hoping for a miracle.
Outside it is raining — a typical, nasty, dank November drizzle — and a piglet is trying to get in through the cat flap.
In the midst of all this, I am trying to cobble together something for our supper (the weasel is being prepared for posterity rather than for consumption).
I pause to take stock.
Six months ago, I had a regular job, a monthly salary and a comfortable flat to go home to.
How on earth have I got into all this?